With this program, they want to make their customers getting crazy using internet without having to worry about quota. 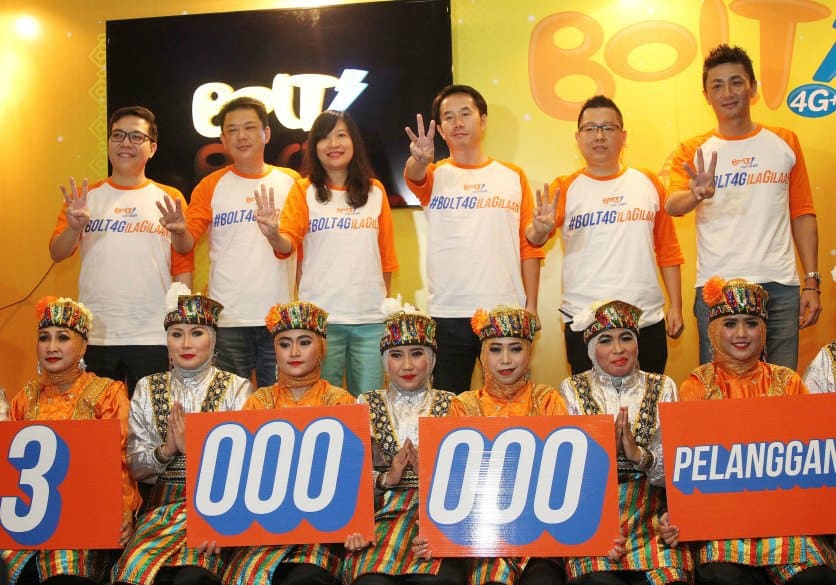 As a pioneer of 4G LTE service in Indonesia, certainly not surprising if BOLT has many customers. As of June 2017, they claim to have 3 million subscribers.

This was revealed in a media gathering event held on Wednesday (14/6/2017) ago, in which BOLT presents the latest program campaign titled BOLT 4Gila-Gilaan for Crazy Internetan. With this program, they want to make their customers getting crazier about the internet without having to worry about quota.

“We present this program as a form of appreciation for 3 million subscribers who have chosen BOLT,” said Billy Abe, Chief Product Officer of BOLT.

In enlivening the holy month of Ramadan, BOLT also has promo package #RamadhanBulanBerbagi for postpaid and prepaid customers. With this promo, customers can enjoy unlimited free internet from 17:00 to 19:00 every day during Ramadan from 27 May to 24 June 2017. In these hours is the use of the Internet becomes quite important, especially for those who like to spend the time to wait for breakfasting aka ngabuburit with the internet.

Create a crazy game play, this operator will also increase their craziness levels with the game game as much. Yes, just by subscribing Rp 15.000 per month, we can enjoy 300 Android-based premium games at BOLT Games Store.

With a program like this, of course not just old customers who feel pampered with fast internet service without quota, but also ready to seduce new customers. Especially now in Indonesia is going on tariff war for 4G LTE service.