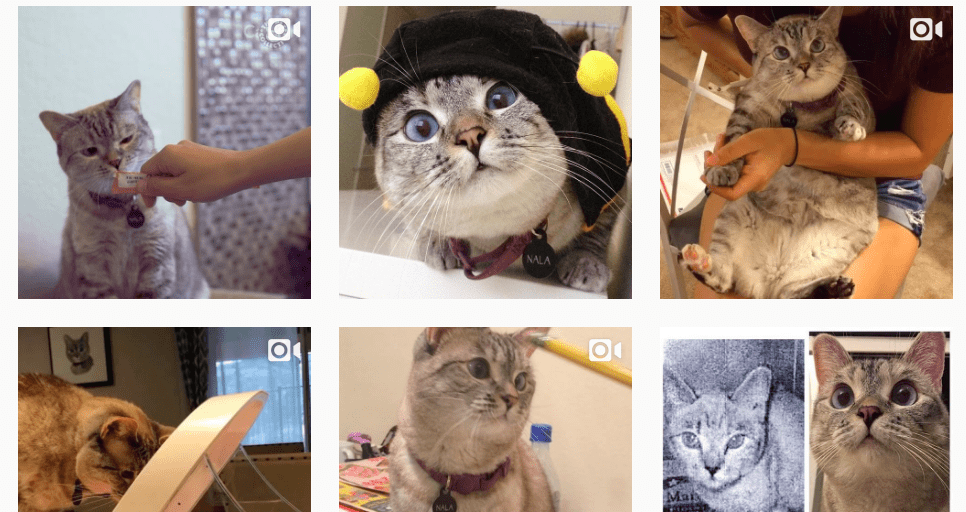 Actually, that’s ok if anyone acts like a super model on their Instagram account, especially for those who declare themselves as selebgram (celebrity on Instagram). But what happens if the timeline is always fitting postings of people posing like a super model with a wisdom word caption? If you have reached the stage of disgust of it, it’s the right time to unfollow that account and switch to the following accounts.

No exaggeration if the cat is the most popular creature in social media. Just look at this selegram account, reached 3.4 million followers you know. In this account, Nala posted many photos and action videos are cute and adorable. Do not worry, unlike other human accounts, this one has never made a caption with wisdom word we hate.

This Shih Tzu race dog is acclaimed to be adopted by its owner since four years ago. Aged 15 years, this famous dog has a funny expression. Marnie is currently one of the most adorable celebrities in the world. Even so popular he likes to pose with celebrities from human circles, such as Anderson Cooper, Demi Moore, Nina Dobrev, and Neil Patrick Harris.

Even though a pig, do not imagine he is a dirty and disgusting figure. Precisely this one pig is very adorable with a pinkish nose. As a resident of Los Angeles, of course, Hamlet has a high lifestyle. You can see in some post that he hanging out in some popular place out there. He also likes to use sunglasses like the hipsters.

What would it be like if you were less popular than a raccoon? With more than a million followers, Pumpkin has many reasons why he is more popular than you. Of course the most important is the level of cuteness that being the attraction of this wild animal. So do not be surprised if he often appeared in some media coverage, such as CBS, ABC, BBC, to Animal Planet.

Compared to the above celebrity, maybe this one rabbit follower is quite small. But if the problem is adorable, do not lose if pitted. With his pure white skin and his ears dangling down, there is no reason not to follow him.