Being the Most Popular Game in Indonesia, Mobile Legends Releases Gatotkaca Characters and Game Competitions

For you gamers, of course, are familiar with Mobile Legends. Yes, the game is currently on the rise in Indonesia. Mobile Legends was developed by Shanghai Moonton Technology Co. Ltd. The 5-verse 5 concept game was launched last year which can be downloaded from the Google Play Store and App Store.

Mobile Legends is one of the MOBA games devoted to mobile users or smartphones with legend games like Dota. So the gamers will feel the game like playing Dota as well as playing online with other players who use this game for fun, doing double kill triple kill and rampage. Perhaps, this is what makes Mobile Legends so desirable.

Even more interesting, the game developer has just launched new character from the hero series, namely Gatotkaca. The character of the puppet character was created as an appreciation of Mobile Legends towards Indonesian culture, as well as introducing Indonesian culture to the world.

Mobile Legends developers declare the process of determining the new hero character through a challenging stage. Like in-depth research and voting results from the players. Then work with local cartoonist, Yuniarto. Until then decided to create a new design of the popular hero character, namely Gatotkaca.

Due to its high popularity, Mobile Legends held a Southeast Asian game competition in which Indonesia became one of the participating countries. Final The Mobile Legends Southeast Asia Cup Final 2017: Indonesia held in Jakarta, Gandaria City on 22-23 July 2017. “This is our first official event in Indonesia and I am delighted to see so many of our users here to enjoy the activity and participate in the competition,” said Leo Wang.

Mobile Legends fans are invited to watch the top eight teams in Indonesia competing for the national title and representing Indonesia in the Southeast Asian Cup next month. They will fight national champions from Thailand, Philippines, Malaysia, and Singapore. Interestingly, the show was broadcast live through the Bigo Live live stream service starting at 11:00.

Starting from a collection of 128 squads, the remaining 8 last squads qualify for this tournament. They are Saints IndoS, LORD, SU1CIDE SYKES, E8 Elite Esport, RTO, Oxygen2, Unforgiven, and Zapbros GenX. In addition to trophies and opportunities to represent their country, the finalists will also compete for a large number of prizes.

Paul Leishman, President of Coda Payments said it was proud that Codashop.com could be the official partner of the event. Codashop is the first official website in Indonesia where players can perform top-up diamonds for Mobile Legends versions of Google Play and iOS.

“Our mission is to make it easier for gamers in Indonesia to enjoy the games and can make top-ups via preferred payment channels, such as bank transfer, Alfamart, and toll-free,” Paul said. 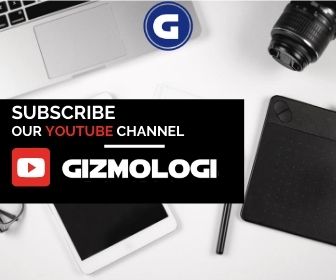